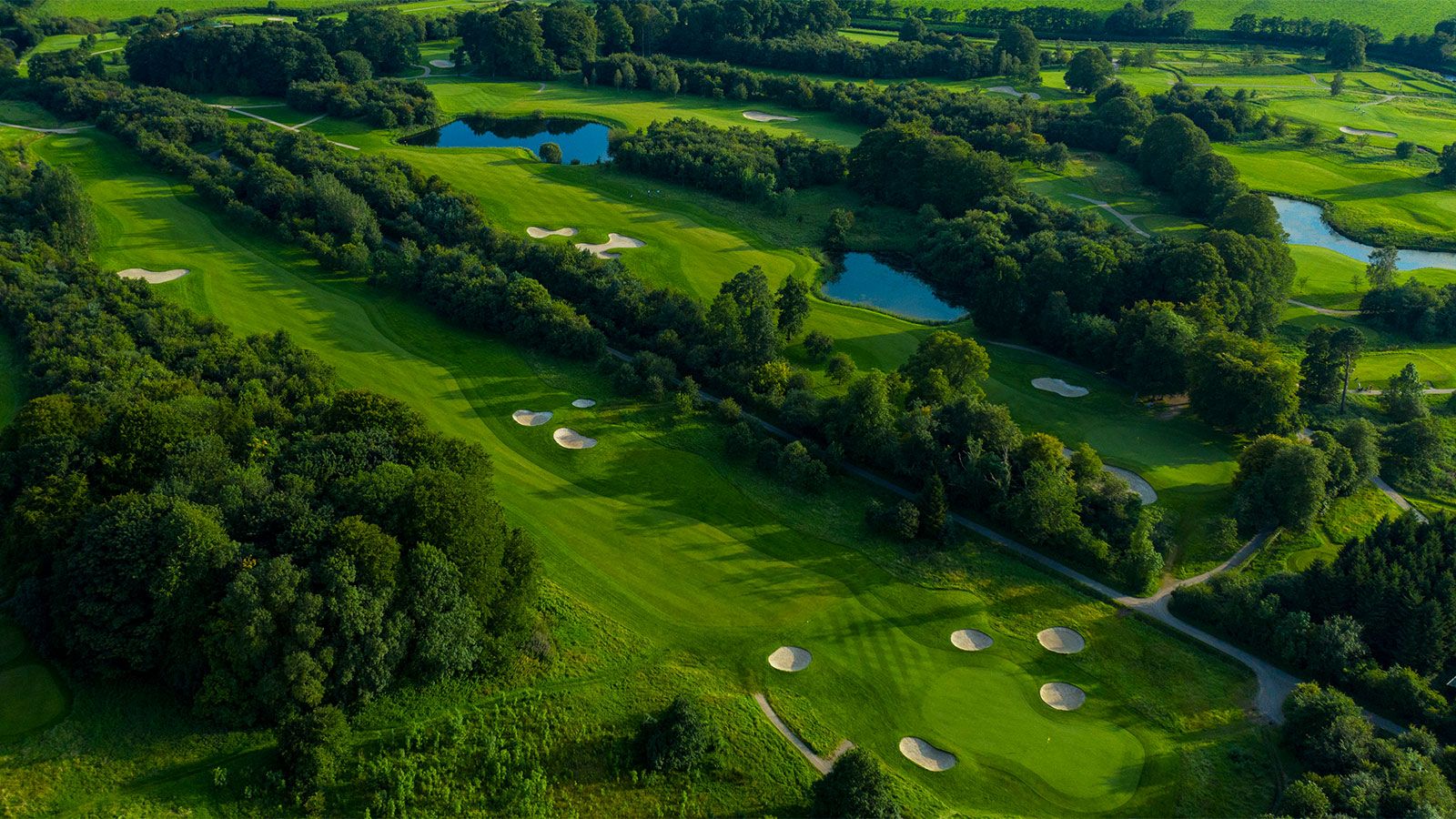 Warrenpoint’s Colm Campbell and Jessica Ross from Clandeboye celebrated victory in the inaugural staging of the Ulster Stroke Play Championship at Galgorm Castle.

Ross blew the field away with her nearest challenger, Lurgan’s Maeve Cummins, some 12 strokes behind her in second place.

The 24-year-old chemical engineer carded a four-round total of level par. Her final round included an eagle three on the 18th and a stunning birdie from 170 yards on the fourth after she found trouble off the tee.

Seasoned campaigner Campbell, who has spent the last two years fighting his way back to fitness following a hand injury, bridged a 1,115 -day gap to win his first championship since the 2016 Flogas Irish Amateur Open at Royal Dublin. He finished on four-under par, two shots ahead of Carton House representative Marc Boucher.

Campbell’s personal battle to get back to the top of the game hasn’t been easy but this win gives him a major boost in the GUI’s Bridgestone Order of Merit.

“It’s been tough. I’ve had a really tough 2018 and I struggled with the injuries as most people know and then I lost my grandad as well on top of that who was a big supporter of me and this one is for him,” he said.

“I always said the first if I was lucky enough to win another championship. I would dedicate this to him and I know he would be very proud. It’s been a tough road and I’m glad to be back playing and it was nice to get a win under the belt.”

Off a plus-four handicap, Ross makes the trip to St Andrews for the St Rule Trophy later this week and is hoping for momentum to help her pick up another win.

She said; “I’ve started working full time as a chemical engineer so I guess I’ll just play as good as I can and get another win. I’ll just take every event as it comes.”

Both Campbell and Ross pick up invitations to the European Challenge Tour’s newest event which takes place at Galgorm Castle, the ISPS Handa World Invitational in August.

Ross is thrilled to be able to tee it up with the pros. She added; “I’m delighted. I’ve never played a professional event before so it will be cool to see how your game matches up with the world’s best.”

Campbell is no a stranger to playing in professional events and is excited by the prospect of both men and women teeing it up at Galgorm in the professional tournament.

“I’m really excited to play in it. That’s one of the main reasons I came here and teed it up this week,” he said.

Joining them in the ISPS Handa World Invitational will Marc Boucher (Carton House), Matthew McClean (Malone), Maeve Cummins (Lurgan) and Shannon Burke (Ballinrobe) for their second and third place finishes in the event.

This event marked the first time that the GUI and ILGU have hosted senior men’s and women’s championships simultaneously at the same venue.

Homegrown event played at Galgorm for a decade.