Wins for Crooks and Lennox 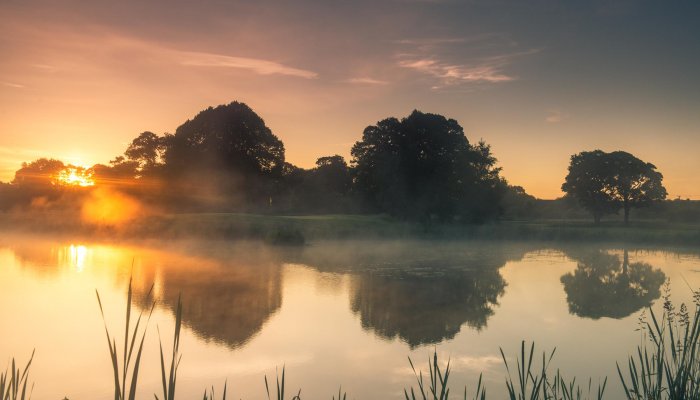 Entries suffered this week due to the heavy rain and gale force winds. However, some did manage to beat to overcome the elements.

Two 9 Hole (Front 9 and Back 9) Competitions are played at Galgorm Castle Golf Club at present and in Division 1 approaching The Niuc Samuel Bamber (16) with an opening par, birdie followed by a bogey was leading by three points from Lyle Foster (12). Simon Crooks (14) ('ding' at the first and Chrios Cooke ('ding' at the first) were another two points behind followed by Tony Carroll (9) (ding' at the first) a further three points down. At The Treasury tee, Bamber after two pars and a double bogey held a four point advantage from Crooks (bogey and two pars). Foster (two bogeys and a double bogey) and Cooke (bogey, par, bogey) were another point behind with Carroll (two pars and a bogey) another point back. Bamber ran into more trouble over the closing three holes ashe finished 'ding', double bogey, bogey and was joined by Crooks (birdie and two bogeys). Crooks took first place with a better last six. In a close finish for third place Foster (bogey and two pars), Cooke (two bogeys and a par) and Carroll (par, bogey, birdie) came in together and third place went to Carroll with a better last six.

Back 9 Sweep goes to Richard Lennox

Through The Maple Richard Lennox (17) was leading by one point from Gary Wilkin s (13) with Ian McCully (11) another point behind. Over Beechers and up the Grove Lennox, after a run of par, birdie, double bogey, had increased his lead to two points over Wilkins (bogey and two pars). McCully (par and two bogeys) was another two points away. Lewnnox and Wilkins bogeyed the Lowlands, leaving Lennox still two points clear. McCully, who was still in contention, parred the Lowlands to close to within one point of Wilkins. However, Lennox failed to score at the last but held on to win by one point from Wilkins who bogeyed the last. McCully also with a bogey was a point outside the placings.