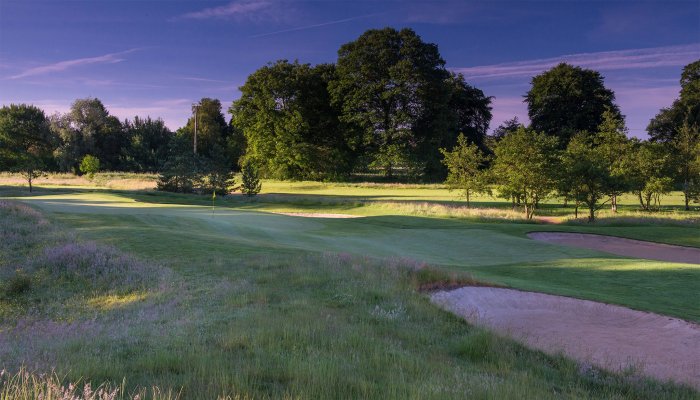 At halfway ten handicapper Rod Lennox, after opening with a double bogey at the first, hit form with two birdies. He followed this with a bogey at The Niuc, a par at six and another two birdies. After another bogey at eight he completed the outward half with his fifth birdie. Rod opened the inward nine with a par at The Fort followed by three pars and he was four points clear of Gavin McClements at this point. McClements closed to within two points at fourteen with a par to a bogey from Lennox. After parring Beechers Lennox finished with three bogeys and held on to Win Overall by one point from McClements.

In Division 1 at halfway Rod Lennox (10) was four points clear of Steven Penney (4) with Gerard O'Hagan (7) and John Rainey (7) a further one and two points respectively behind. Through The Maple Lennox had increased his lead to five points over Penney with O'Hagan another two points behind followed by Rainey a further point away. Up the Grove Lennox after scoring bogey, par, bogey was four points ahead of Penney (three pars). Rainey (bogey, par, birdie) was another two points away and O'Hagan (two bogeys and a par) a further point behind.

Penney won Division 1 and Rainey finished second with a better back nine and O'Hagam third. At the turn in Division 2 Gavin McClements (17), Darryl Robinson (13), Ivan Alexander (14) and David McIlroy (15) were vying for the lead three points ahead of David Millar (16). Approaching fourteen McClements after four pars was leading by three points from Robinson and McIlroy. Alexander and Millar were another two points behind. Over Beechers and approaching the Grove McClements with a par and a bogey was two points ahead of Robinson (two pars). Alexander (two pars) and McIlroy (double bogey, par) were another two points back followed by Millar (par, bogey) a further point down.

Roy McDowell (20) was leading by two points entering the back nine in Division 3. Two points behind came Alan Knox (18) with James McKay (18) another two points behind. Raymond Steele (23) was a further four points back. At the fourteenth tee McDowell ('ding' at eleven) and Knox were leading by two points from McKay. Steele ('ding') at twelve was another four points behind. Up the Grove a new leader emerged. McKay with a run of a bogey and two pars was leading by one point from McDowell (two bogeys and a double bogey) and Knox (double bogey and two bogeys) with Steele (bogey, birdie, 'ding') a further five points behind. In a close finish McKay (bogey, 'ding') and Knox (par, 'ding') came in together but McDowell with two bogeys won by one point with McKay taking second place with a better back nine. Knox came third and Steele with a late run of two pars was one point behind the placings.