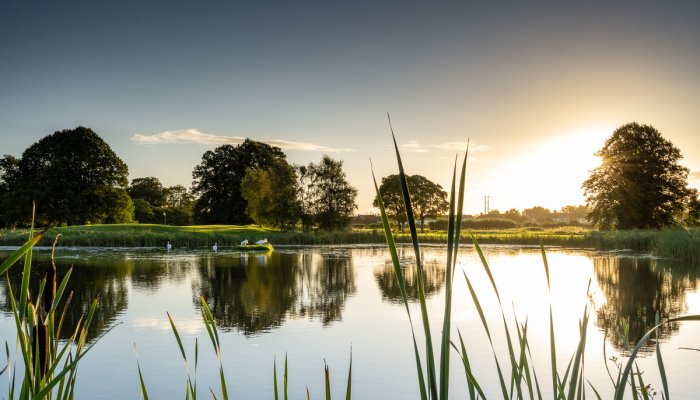 At halfway Jordan Gaw (8) was the clear leader by three points from Alan Moore (6). Adrian Rouke (5) was another point behind followed by David Bamford (9) a further point away. Josh Nicholl (5) and Paul Houston (7) were one and four more points respectively back. Through The Maple Gaw had increased his lead to four points from Bamford, Moore ('ding' at Piat) and an improving Nicholl. Rouke ('ding' at Arthurs Seat) was a further six points behind and Houston another point down. Up the Grove and Nicholl continued to improve and after a par, birdie, par had closed to within two points of Gaw (par, bogey, par). Bamford (three pars) was another point behind and Moore (par, bogey, par) a further point away. Houston (three pars) and Rouke (two pars and a bogey) were another two points down. Gaw with a bogey and a par came in to WIN OVERALL by two points from Bamford (par, bogey) in OVERALL RUNNER-UP placing. Nicholl (bogey, par) was another point behind and won DIVISION 1. Second place went to Moore (bogey, birdie) a further point away and Houston (bogey, par) and Rouke (two pars) finished together two more points down with third place going to Paul Houston with a better back nine.

After the front nine eleven handicapper Alan Proctor ('ding' at Broadmeadows) was leading Jonny McIlroy (10), Tom McNeill (10) and Brian McMath (11) ('ding' at Trout Hole) by two points with David Gault (10) another point behind. Approaching the Devils Elbow Gault was the new leader by a point from Proctor. McMath was another two points behind followed by McIlroy and McNeill ('ding' at The Fort) a further point down. Up the Grove Proctor, with a bogey, birdie, par had regained the lead. Gault (par and two bogeys) was two points behind with McMath (par, bogey, double bogey) another three points behind. McIlroy (bogey, birdie, double bogey) and McNeill (par, 'ding', bogey) were one and two points further behind respectively. Proctor had a 'ding' at the Lowlands and parred the last to win Division 2 by two points from McIlroy (birdie, par) in second place. Gault (bogey, 'ding') came third another point behind. McNeill (birdie, par) and McMath (par, double bogey finished a point out of the placings.

There was a very close finish to this Division. Entering the back nine Leonard Campbell (19) was three points ahead of Aaron Pattison (16) ('ding' at the Trout Hole) and Garth Fisher (15). Jim Wilson ('dings' at Walkers Home and Longlands), Samuel Bamber (18) and Graham Martin (17) ('ding' at the Sanctuary) were a further one, two and three points respectfully further behind. Approaching Beechers Campbell held a comfortable looking advantage of four points from Wilson. Martin and Bamber were another point behind. Two points further back came Pattison ('ding' at the Devils Elbow) followed by Fisher ('ding' at Piat) another point back. In a very close finish over the cl;osing four holes Campbell ran into bogey trouble and was joined by Wilson and Pattison a point ahead of Martin, Bamber and Fisher. First place went to Wilson with a better back nine. Pattison finished second with a better back nine and in third place came Campbell. A point behind the placings came Martin, Bamber and Fisher.

After the outward half John Caulfield (22) was leading by three points from Raymond Steele (28) ('ding' at the opening hole) and Aidan Donnelly (23). Robert Artt (24) was another point behind followed by Tom Wiggins (26) a further point down. Through the Devils Elbow Caulfield had a comfortable six point lead from Artt. Steele and Donnelly were another point behind with Wiggins a further two points in arrears. Caulfield recorded 'dings' at Beechers and the Grove but managed to hold on to win by two points from Artt and Steele, both of whom also ran into bogey trouble. Second place went to Artt with a better back nine and Steele won theSeniors. Another point behind Wiggins and Donnelly came in together with third place going to Tom Wiggins with a better back nine.