Galgorm gears up for busy summer of golf 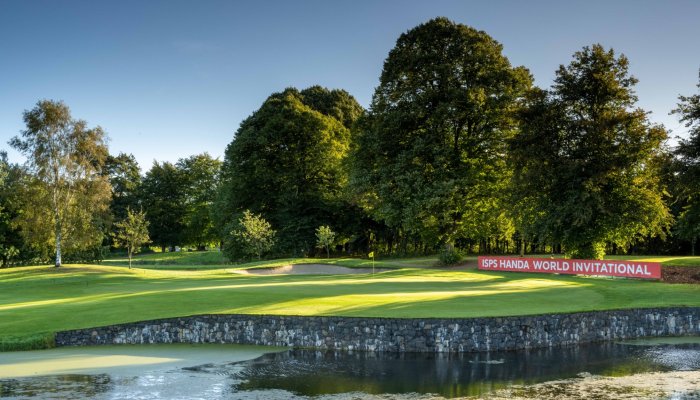 Galgorm is one of the most recognised tournament venues in Northern Ireland and is gearing up for another busy summer in its 25th anniversary year, and tournament focus leads us to the ISPS HANDA World Invitational in August.

The Ballymena venue has been hosting international tournament golf since 2010. Through sustained investment, the championship course has evolved in that time to provide a demanding and strategic parkland test at the highest level, most notably at the 2020 Irish Open on the DP World Tour and the current tri-sanctioned ISPS HANDA World Invitational.

Galgorm remains the only parkland in Northern Ireland to have hosted the Irish Open on the European Tour (DP World Tour) and the winning score (-10) by American John Catlin was one of the highest in the last 20 years, second only to Soren Kjeldsen’s winning score of -2 at Royal County Down in 2015.

“This might be one of the toughest courses I’ve played on the European Tour,” said 2019 Open champion Shane Lowry.

“This golf course is magnificent, it really is. If you haven’t been here, it’s a must. If you come to this part of the world to play the great links courses of Northern Ireland, you’ve got to come to Galgorm too,’ said Sky Sports Golf commentator Wayne Riley.

Some venues opt to close for a year to complete major redevelopment work to the course and venue, whereas Galgorm is two years into a three-year project that allowed members, visitors, and professionals to continue playing and competing there.

“Galgorm was already a great test and tournament venue – the Irish Open in 2020 illustrated that – but since then we’ve made massive changes,” explained Gary Henry, Managing Director Galgorm Castle Estate.

“We’ve completed the first two years, which were very successful and well received. What we have now is a par-70 course (championship tees) measuring just under 7,300 yards. The work carried out in the last two years has really helped the conditioning, the length, and the strategic aspect of the course. Much of that was done using bunkering and water to accentuate the hazards and improve the aesthetics at designated holes.”

The most significant autumn/winter project took place at the ninth where the lake left of the fairway was redesigned. It was extended towards the green and brought closer to the fairway and is now more visible from the tee.

New bunkering was added to the 17th, both right of the fairway plus a greenside bunker was redesigned to wrap around the front-right portion of the putting surface. New championship tee boxes were added to holes four, 10 and 15 that will provide greater options for the men and women competing at the World Invitational in August and will also complement existing member/visitor tee complexes.

“A lot of our holes were already good, strong holes, but they have benefited from bunkering that helps frame certain holes. We are not trying to copy what some traditional courses might do; we are trying to make the course enjoyable for members and visitors but also to stand up to tournament conditions at any given time.

“The work carried out in the last two years has been a major investment, but looking back, the investment has been ongoing for the last 10 years. It’s been an evolution, year after year we’ve invested to improve the course and facilities at Galgorm.”

Some of those off-course investments include a brand-new walled garden complete with a contemporary covered barn beside the clubhouse, which will be a fantastic addition for members and visiting golfers. It will also be an excellent space during tournament week where players, visitors and guests will be able to hang out. It will be a casual bar with open fireplaces, large screens to watch live sport and comfortable seating for golfers to relax in once off the course.

Henry believes the changes made will provide the professionals with a much greater challenge on the back nine. "There is no room for error. Starting with the par five 10th, a new championship tee stretches the par five to over 600 yards, while the 15th has also been extended by almost 100 yards.

“Galgorm now has a tougher tournament back nine and a very difficult closing stretch where the premium is placed on accuracy off the tee. One of my favourite holes is the par four 17th and the new bunkering has really enhanced this hole. The water hazard at 18th has settled in very well and has created a great risk, reward finishing hole where anything can happen.”

As for year three of the current redevelopment programme, there are plans to “finalise what has been started at the ninth”. Work will also continue on the 11th and 13th holes, while the picturesque par three 14th will have a real wow factor.

“We have one more year left of the three-year plan, and we still have some very exiting plans for 2023. Our aspiration is to be up there with the very best tournament venues in golf.” said Henry.

“Just now we are looking forward to our Captains’ Days over the summer, staging the final day of the Northern Ireland Open (July 6) and hosting the ISPS HANDA World Invitational from August 10-14 as we celebrate Galgorm’s 25th anniversary year.”

Recent course changes to the Championship Course at Galgorm

The existing bunker left of the green was redesigned, while a new bunker and mounding complex was added with the back-right portion of the green now tucked behind the new bunker.

The largest project saw the redesign of the lake to the left of the ninth fairway. The lake has been extended towards the green and fairway and is now more visible from the teeing areas.

Two new fairway bunkers were added to the left of the fairway on the dogleg. The first, larger bunker is in play from all tee boxes while the smaller, second bunker is positioned further up the fairway and is a more penal hazard.

A new fairway bunker was constructed on the right-hand side of the dogleg and at the green. The bunker has been re-designed to wrap around the front-right portion of the putting surface, ready to collect any approaches leaked right.

The new championship tee box on the fourth has added length to the short par-4 and provides a new angle for the tee shot.

The new tee on 10 stretches the testing par-5 to over 600 yards, demanding a carry of 240 yards to the fairway on the shortest route across the lake.

The new championship tee box on 15 has been built to the left of the 14th green, adding significant length while creating a dramatic new angle across the oxbow of the River Braid.