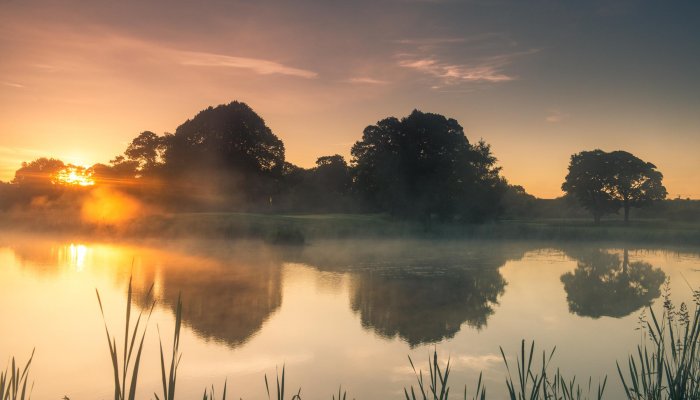 In Division 1 through The Niuc Neil Fitzsimmons (6) and Adrian Atkinson (5) were vying for the lead after opening with a bogey and three pars each. Ross McCallum (5) was a point behind, followed by Adrian McCart (3) a further two points in arrears. Down Broadmeadows Fitzsimmons, after another two pars was leading by a point from Atkinson (bogey, par) and McCallum (two pars). McCart (two pars) was a further three points down. A bogey, par followed by a birdie down Longlands saw Fitzsimmons home to win by two points from McCallum (three pars) in second place. Another point behind came Atkinson (birdie, double bogey, par) who was joined by an improving McCart ('hole-in-one', bogey, birdie) with third place going to McCart with a better last six.

Approaching the fifth tee in Division 2 Tony Dodds (9) and Craig Dean (7) were leading by one, two and three points respectively from Joe Barr (7), Timothy McNeill (11) and Michael Catterson (7). Dodds bogeyed fi8ve and six and parred The Treasury and Barr (three pars) were leading by a point from Dean (two bogeys and a par). McNeill (three bogeys) was another point behind with Catterson closing (par, bogey, par), a further point down. In a close finish Dodds birdied eight but double bogeyed Longlands. However he held on to win by one point after Barr finished with two bogeys. Two points further back Dean ('ding', par), McNeill (two bogeys) and Catterson (par, bogey) finished together with third place going to Catterson with a better last six.

Through Th3 Maple in Division 1 Mervyn Foster (6) and David Halliday (5) were a point ahead of Norman Reid (5) and Harry Cook (7) with Willie Park (4) and Michael McAuley (7) another point behind. Foster parred the next three holes and up the Grove he held a one point advantage over Reid (two pars and a birdie) and McAuley (three pars). Cook (bogey, par, bogey) and Halliday (par, bogey, par) were another point behind. Park (two pars and a bogey) was a further point down with two holes to play. Foster finished with another two pars to win by two points from Reid (bogey, par). Another point behind and in a very close finish for third place McAuley (two bogeys), Halliday (bogey, par), Cook (par, bogey) and an improving Park (birdie, par) came in together and third place went to Park with a better last three.

Approaching Beechers in Division 2 Aidan McNeill (9) was leading by a point from Ian Stewart (8) . Gavin McClements (8) and John McClintock (9) were another point behind followed by Colin Thompson (9) ('ding' at The Maple) a further point back. McNeill parred Beechers and the Grove to increase his lead to two points over Stewart (par, bogey) and McClintock (two pars). McClements (par, bogey) and Thompson (par, bogey) were another one and two points respectively further behind. McNeill finished double bogey, bogey to win by one point from Stewart (two bogeys) and Thompson (birdie, bogey). Second place went to Stewart with a better last six and Thompson third. McClements (double bogey, par) and McClintock (double bogey, bogey) finished a point behind the placings.

Congratulations to Adrian McCart who recorded a 'Hole-in-One' at the par three seventh in the penultimate Saturday Sweep played at Galgorm Castle Golf Club before lockdown.