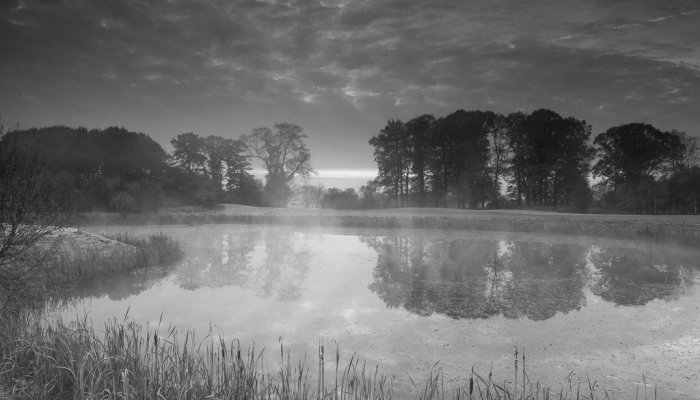 There was a very close and exciting finish to this section. At The Niuc Malachy Bellew (4), Steven Penney (Scr), Gary Wilkins (4) and Neville Neill (3) were vying for the lead a point ahead of Paul Hughes (5) and Billy Cull (1). Through Broadmeadows, Bellew, after a run of two pars and a bogey had taken a one point lead but was being hard pressed by Hughes (two bogeys and a birdie), Wilkins (bogey, par, bogey) and Neill (birdie, par, double bogey). Cull (three pars) and Penney (two pars and a bogey) were another point behind. Neill parred seven and eight to join Bellew (bogey, par) in the lead by a point from Hughes (par, bogey) and Wilkins (par, bogey). Cull (two pars) and Penney (two pars) were still another point down. What a finish lay ahead! Bellew finished with a par to win by one point from Neill (bogey), Wilkins (par), Hughes (par), Cull (birdie) and Penney (birdie) who all finished together. Second place went to Cull with a better last three and in third place came Hughes with a better last six.

Another close finish for the placings. Through the Trout Hole Harkness McCaughan (10) was setting the early pace after opening with three pars to lead by two points from David Rankin (10) with Martin Abernethy (16) and Damian Gillan (7) a further one and two points respectively behind. McCaughan with another par followed by a bogey and a birdie had increased his lead to five points over Gillan (two pars and a bogey) at The Treasury. Abernethy (triple bogey, double bogey, bogey) and Rankin (double bogey and two bogeys) were another point behind. McCaughan finished bogey, bogey, double bogey) to win by three points from Gillan (bogey, bogey, birdie), Rankin (two pars and a bogey) and Abernethy (par, double bogey, bogey). Gillan with a better last six finished in second place and Abernethy in third place with a better last six.

Approaching The Maple Adrian Atkinson (6) was leading by two popints from Darryl Robinson (7) and David Bamford (4) after opening with a birdie, bogey, birdie. Over Beechers Atkinson with bogeys at The Maple and the Devils Elbow and a birdie at Beechers was still two points in the lead from Robinson ('ding' and two pars) and Bamford (three pars). Atkinson parred the Grove and bogeyed the Lowlands with Bamford closing to within one point after another two pars. Robinson (bogey, par) was another point behind. In another exciting finish all three finished together after Atkinson bogeyed the last, Bamford made a par and Robinson recorded a birdie. First place went to Robinson with a better last one with Bamford taking second place with a better lasr six.

Through The Maple William Kennedy (11) held a slender one point advantage over Robin Deane (10) with Roy McDowell (13) a further two points back. Kennedy with a bogey at the Devils Elbow and a par at Beechers was still a point ahead of Deane (birdie, double bogey) followed by McDowell (par, bogey) another point behind. A new leader emerged approaching the last. Deane parred the Grove and the Lowlands to lead by one point from Kennedy (two bogeys) McDowell (double bogey, bogey) was another two points back. All three players bogeyed the last to leave the scores as they were. Deane finished first a point ahead of Kennedy in second place.