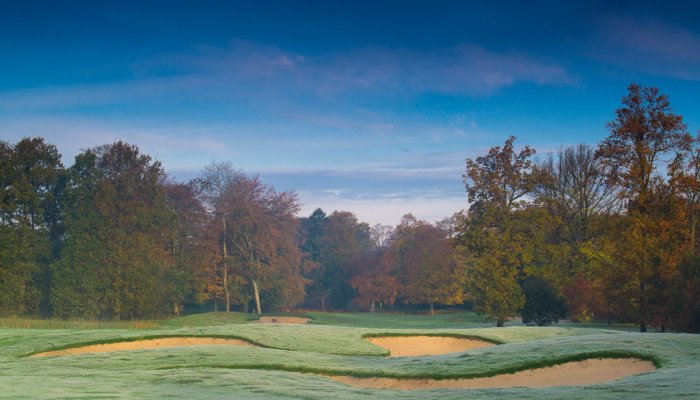 The Eclectic Round 3 was badly affected by the heavy wintry weather conditions and strong winds throughout the day.

Play was still off reduced handicaps.

Approaching The Niuc Steven Carmichael (4), Michael Alexander (1) and Gary McWilliams (3) were vying for the lead a point ahead of Philip Smyth (3), Barry Agnew (3) and Sean McElroy (-2). McWilliams, after a bogey at The Niuc followed by a birdie and a par held a two point advantage over Smyth (two pars and a bogey) and Alexander (par, bogey, par). Agnew failed to score at The Niuc and followed with two pars, McElroy recorded two pars and a bogey and Carmichael, after a bogey and a par failed to score at Broadmeadows. They were another point behind. A new leader emerged at the Sanctuary. Smyth parred The Treasury and birdied the Sanctuary to lead by one point over Alexander (birdie, par). Agnew (two pars), Carmichael (two pars) and McWilliams (bogey, double bogey) were another point behind with McElroy (birdie, par) a further point back. Smyth bogeyed the last and held on to win by one point from Agnew (par). McElroy (par), Carmichael (bogey), Alexander lost his chance of winning when he recorded a 'ding' at the last and McWilliams (bogey) finished together another point behind the placings.

Through the Trout Hole Robin Deane (9) was setting the early pace after three pars to lead by a point from Alan Knox (8) with Alan Ellis (9) another point behind. Approaching Broadmeadows Deane bogeyed The Niuc and double bogeyed Walkers Home and was joined by Knox (two bogeys) and Ellis (bogey, par). Ellis recorded another two pars and held a two point advantage over Knox (bogey, par) and Deane (double bogey, par) with two to play. Ellis increased his lead over the closing two holes with two more pars to win by three points from Knox (par, bogey) and Deane (par, bogey) who finished together. Second place went to Knox with a better last six.

Thomas McNeill (4) and Gareth Marcus (5) were vying for the lead two points ahead of Gary Crabbe (7) through Arthurs Seat. Approaching Beechers McNeill, with a bogey and a par, and Marcus, with a par and a bogey, were still level followed by Crabbe (par, bogey) closing to within one point. Over Beechers and up the Grove Crabbe emerged as the new leader with a par followed by a birdie from McNeill (two pars) and Marcus (two pars. In a close finish McNeill finished with a par and a birdie to win by a point from Crabbe (par, bogey) and Marcus (two pars). Second place going to Carbbe with a better last six.