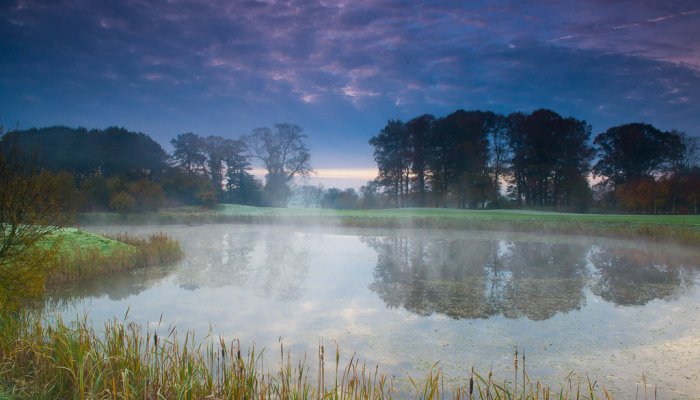 Approachinjg The Niuc Rory Sempey, playing off a reduced handicap of four, was leading by a point from Colin Black (5) and Stephen Mailey (5). Willie Park (4) was another point behind. Sempey parred The Niuc and Walkers Home where he was joined by Black (two pars) and Mailey (birdie, bogey). Park (two pars) was a further two points behind. Through The Treasury and with two holes to play Sempey (two pars), Black (two pars) and Mailey (two pars) were still vying for the lead with Park closing to within one point after a par at Broadmeadows and a birdie at The Treasury. A close finish was envisaged. Sempey came home birdie, par to win by two points from Black (bogey, par), Mailey (par, bogey) and Park (two pars) who finished together. Second place went to Park with a better last six and with a better last two third place was taken by Black.

Paul Toal (10) opened with a bogey and two pars to take an early lead through the Trout Hole. Two points behind came John Montgomery (10) and Jordan Savage (9). Gerard Lynn (9) was another point down with Crawford Clements ('ding' at the first) two more points back. Down Broadmeadows Lynn, after three pars, and Savage (bogey and two pars) had closed to within one point of Toal (double bogey, birdie, bogey). Montgomery (bogey, par, bogey) was a further point back followed by Clements (two pars and a bogey) another two points down. Toal finished par, bogey, par to win by a point from Lynn (bogey and two pars). In a close finish for third place Montgomery (par and two bogeys), Savage (par, double bogey, bogey) and Clements (birdie, bogey, par) finished together and third place went to Clements with a better last six.

Mervyn Foster (5) opened with a birdie and followed with three pars to lead through The Maple by two points from David Bamford (4) and Andrew Moore (6) with James Mairs (6) another point behind. Moore after two pars had closed to within one point of Foster (two pars) over Beechers and another point behind came Bamford (bogey, birdie) and Mairs (two pars). A new challenger appeared down Lowlands. Bamford, after a par up the Grove and a par at Lowlands had closed to within a point of Foster who parred the Grove and bogeyed Lowlands. Mairs (bogey, par) and Moore (two bogeys) were a further point behind. Foster increased his lead with a par at the last hole to win by two points from Bamford (bogey), Mairs (par) and Moore (par) who finished together. Second place went to Mairs with a better last six.

Ronnie Gilchrist (9) and Colin Gray (10) were vying for the lead through The Maple a point ahead of Malachy Kyne (10). After recording three pars Gilchrist was leading by a point over Beechers from Gray (bogey, birdie, bogey). Kyne was a further two points backafter two bogeys and a par. Gilchrist scored two more pars and a double bogey over the closing holes to win by one point from Kyne who was closing with a birdie, par, bogey finish. Gray (three bogeys finished a point behind the placings.