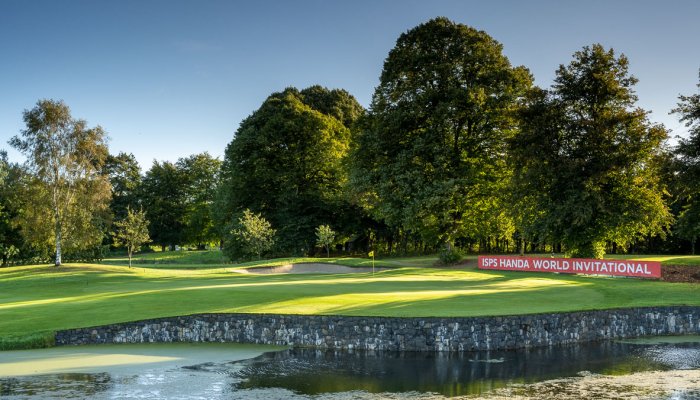 There was a good turn out of golfers for the Ace Fixings sponsored Stableford Competition played at Galgorm Castle Golf Club. The course was in good condition thanks to the ground staff.

The Overall Winner was Martin Abernethy (36) and the Overall Runner-up Keith Barkley (14).

Through the Devils Elbow and approaching Beechers Dunlop and Campbell had increased their lead to two points ahead of Banks, Taylor and Henderson. Another two points behind came Collins but still very much in contention. Deunlop birdied Beechers and parred the Grove to take a one point advantage over Campbell (two pars). Banks (two pars) and Taylor (two pars) were a further two points behind. Henderson (birdie and a double bogey) was another two points back and was joined by an improving Collins with a birdie and a par. Dunlop parred the final two holes to win by one point from Campbell who also parred the Lowlands and Shirleys Cottage. There was a very close finish for third place between Banks (bogey, par), Collins (par, bogey), Taylor (two bogeys) and Henderson (par, bogey) who came in together. With a better back nine third place went to Collins.

At halfway patrick Coleman (10) was leading by two points from Stephen Sexton (10) ('ding' at Broadmeadows) and Thomas McNeill (10) ('ding' at Broadmeadows). Another three points behind came David Murray (10). Through The Maple Sexton joined Coleman in the lead with McNeill closing to within one point of the leaders. Murray had gained two points and was only another two points behind. One point separated the four players at the Grove. Sexton with a bogey and two pars and Coleman (par, bogey, par) were still vying for the lead one point ahead of McNeill (bogey and two pars) and still improving Murray (two pars and a birdie). In another close finish Sexton parred the final two holes to win a closely competitive Division by one point from Murray (two pars) in second place. McNeill (double bogey, birdie) and Coleman (double bogey, par) finished together another point behind with third place going to McNeill with a better back nine.

Through the Front 9 Ivan Alexander (15) was leading by two points from Jordan Dembinski (14). David McIlroy (17) was another three points behind with Keith Barkley (14) and Jim Wilson (14) a further point away. Approaching Beechers Alexander ('ding' at Arthurs Seat) was still leading, three points clear of McIlroy. Wilson was another point behind and Barkley and Dembinski ('ding' at The Maple) a further point down. Alexander lost his chance of victory after 'dings' at Beechers and the Lowlands. Barkley continued with another three pars and finished with a bogey to Win the OVERALL RUNNER-UP placing. A point behind, McIlroy, with a par, two bogeys and a double bogey WonDivision 3. Wilson (four bogeys) and Dembinski (two pars, 'dig', par) finished together and with a better back nine second place went to Wilson.

I.Alexander won the Seniors with 39 points.

Martin Abernethy (36) was leading at halfway by a point from Denis McCarroll (29). James Gillan (26) failed to score at the opening hole and was another point behind. Rory Drysdale (20) was a further point down due to 'dings' at the first hole and the Trout Hole. At th fourteenth tee McCarroll and Gillan were vying for the lead a point ahead of Abernethy with Drysdale a further three points back. Gillan hit bogey trouble and failed to score at the next two holes. Abernethy came through with a par and a bogey to regain the lead by two points from McCarroll (double bogey, bogey). Drysdale (two pars) was another two points back with Gillan a further two points down. Abernethy double bogeyed the Grove and triple bogeyed the Lowlands but improved with a par at eighteen to hold on to WIN OVERALL by two points from McCarroll (bogey, 'ding', par) who Won Division 4 by one point from Drysdale (par, bogey, par) and Gillan (par, bogey, par) and with a better back nine Drysdale finished in second place with Gillan third.