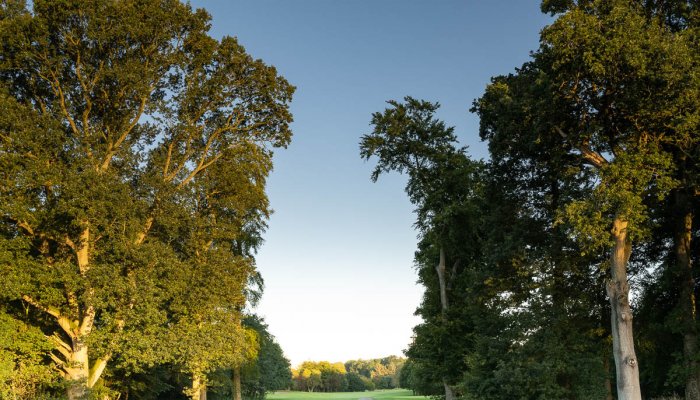 There was a good turnout of golfers for the Mary Peters Trust Qualifier sponsored by RTU and played at Galgorm Castle Golf Club. The course was in excellent condition, after the recent ISPS Handa World Invitational Competition, thanks to the greenkeepers. There was a very close and exciting finish to the Competition between Tony Quinn, Chris Lawton, Philip Smyth and Trevor Fletcher who finished with the same number of points.. The Overall Winner was Tony Quinn with a better back nine and the Overall Runner-up Chris Lawton with a better back nine.

At halfway Chris Lawton , playing off scratch, nine handicapper Brian Logan and Steven Penney with a handicap of two were vying for the lead four points clear of Michael Alexander (8). Through The Maple Lawton and Penney were four points ahead of Alexander and Logan ('ding' at The Fort). Approaching the Lowlands, Lawton after three bogeys and Penney (bogey, par, 'ding') were joined in the lead by Alexander with three pars. Logan was close up a point behind after recording two pars and a bogey. Lawton finished with two birdies to WIN OVERALL RUNNER-UP. There was an exciting end for the placings with Alexander (par, bogey), Penney (two pars) and Logan (par, bogey) all involved two points behind Lawton. First place went to Alexander with a better back nine and Logan with a better last six came second and Penney finished in third place.

Through Longlands Philip Smyth (10) had a three point advantage over Paul Hughes (10) ('ding' at the opening hole) and Rod Lennox (11). Peter Daly (10) ('ding' at The Treasury) was another three points behind and Thomas McNeill (10) ('ding' at The Niuc) a further point back. Through the Devils Elbow Lennox had closed to within one point of the leader Smyth, whose score included 'dings' at Arthurs Seat and the Devils Elbow. Two points further back came Daly and Hughes. McNeill after a 'ding' at the Devils Elbow was another three points away. Up the Grove Smyth with a par at Beechers and a bogey at the Grove had increased his lead to two points over Lennox (bogey, double bogey). Hughes (bogey, par) was another point behind followed by Daly (par, double bogey) and an improving McNeill (two pars) at a further one and two points respectively behind. Smyth came in with two bogeys to win by one point from Hughes (two pars). Rod Lennox (double bogey, par) was another point behind and won the Seniors with 36 pts (BB6). Daly (bogey, par) and McNeill (two pars) finished together another point away with third place going to McNeill with a better back nine.

At the start of the Back 9 Trevor Fletcher (14) held a clear five point advantage over Rory Drysdale (19) ('ding' at Broadmeadows), Aaron Pattison (16) ('ding' at Broadmeadowa) and Brian Mahany (15) ('ding' at The Niuc). Neil Fitzsimmons (16) ('ding' at The Niuc) and James McClintock (15) were another point behind. Approaching Beechers Fletcher ('ding' at Piat) had increased his lead to six points over Drysdale. Another two points back came Pattison ('ding' at Arthurs Seat), McClintock and Mahany. Fitzsimmons was a further two points behind. Coming to the Lowlands Fletcher after a fall at Beechers followed by a bogey at the Grove enabled the improving Drysdale (two pars) to close to within two points. M:ahany (par, double bogey) was a further four points behind. Pattison (par. 'ding'), Fitzsimmons (par. Bogey) and McClintock (par, 'ding') were abother point baqck. Could Fletcher hold on? A 'ding' by Fletcher at Lowlands to a double bogey by Drysdale left him with a one point advantage. However both bogeyrd the last which gave Fletcher a one win. Pattison (par, bogey) finished in third place another three points behind. Fitzsimmons (double bogey, par), James McClintock (par, double bogey and Mahany (bogey, double bogey) finished together a point behind the placings.

After the Front 9 Don McKeown (21) had a narrow one point advantage over Tony Quinn (20 ('ding' at Longlands). John McCarley (20) ('dings' at The Niuc and Broadmeadows) and William Crawford (30) ('dings' at the first and Trout Hole) were a further four points back. Quinn with a bogey joined McKeown (double bogey) at The Fort and were still in the lead at The Maple. McCarley was three points behind and Crawford was another point back. After a run of bogey, par, bogey Quinn had opened up a lead of two points from McKeown (two bogeys and a double bogey) at the Grove. Crawford (two bogeys and a double bogey) was another two points behind and McCarley (par, bogey, 'ding') was a further point away. Quinn with a bogey, double bogey finish came in to WIN OVERALL. McKeown (two double bogeys), McCarley (bogey, par) and Crawford (two double bogeys) finished together and Crawford with a better back nine won Division 4. Second place went to McCarley (better back nine) with McKeown in third place.