Horan the star of the show at Galgorm Pro-am 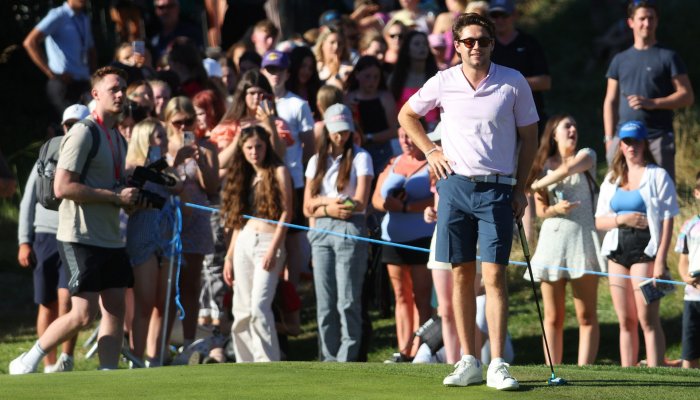 The former One Direction singer set off at Galgorm alongside his friend and former Tottenham and Liverpool striker Keane as the crowds of fans looked on.

“Robbie and I have been great friends for years so I’m really looking forward to catching up with him,” said Horan before the. Pro-am. “Robbie is competitive so I’m sure we’ll have a bit of a laugh on the course.”

“It’s great to be back in Northern Ireland for the event and I’m looking forward to what’s shaping up to be a great week.”

The trio were in the company of Italian two-time DP World Tour winner Guido Migliozzi.

Ireland rugby sevens Olympian and Love Island star Greg O’Shea set off in the company of Oliva Cowan and another professional in G4D star Brendan Lawlor.