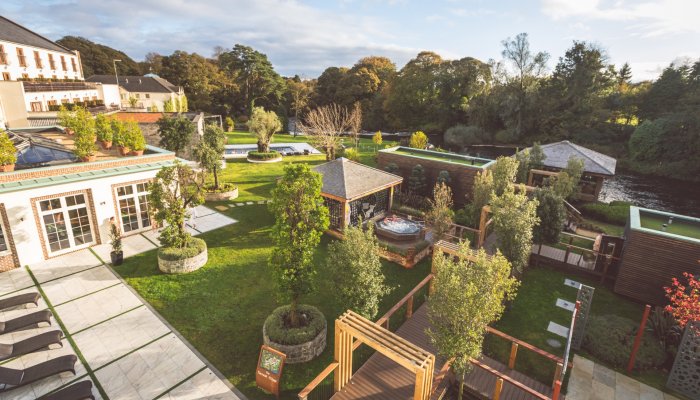 Galgorm is home to the $3 million ISPS HANDA World Invitational, a tri-sanctioned event for men and women professionals on the DP World Tour, LPGA Tour and Ladies European Tour. The Castle championship course was the first parkland course in Northern Ireland to host the Irish Open on the European Tour in 2020, while the Northern Ireland Open has been played there since its inception in 2010.

“We are absolutely delighted to be named Northern Ireland’s Golf Hotel of the Year for the second consecutive year in 2022,” said Ross Oliver, Galgorm’s Director of Golf. “For over a decade we have been building a reputation as Northern Ireland’s standout tournament venue and to receive such a prestigious award is proof that we are on the right road.

“Galgorm is one of the best hotel and spa venues anywhere in the UK and Ireland. We welcome international and domestic visitors all year round to enjoy the unique experience at Galgorm, while they also explore everything Northern Ireland has to offer.

“We continue to rank as one of the best parklands on the island, and this award couldn’t have come at a better time as we move into our final year of a multi-million three-year course development programme. The work carried out on the championship course this winter will rubberstamp Galgorm’s reputation as one of the best venues in the country.”

Since 2010, Galgorm has hosted over 15 professional tournaments on some of the game’s leading tours: the DP World Tour, European Challenge Tour, LPGA Tour, Ladies European Tour plus the Clutch Pro Tour, the leading developmental tour for

men and women professionals in the UK and Ireland.

The golfing world will be looking in on Galgorm once more in 2023 when the World Invitational returns in August, while investment continues at pace across the entire 400-acre estate at Galgorm.

“As the region’s premier luxury tourism destination, we are committed to further developing our world-class hospitality provision and we have invested over £60 million in the Resort in recent years to expand our accommodation and spa offering and offer an unrivalled, luxury experience,” said Leigh Heggarty, Galgorm Business Development Manager.

“The award offers us a chance to showcase our unique offering to a global audience and gain worldwide recognition for our best-in-class facilities and service, competing with some of the world’s most acclaimed hotels, and promoting Northern Ireland as a must-visit destination.”