Cooke wins Division 1 on the Back 9 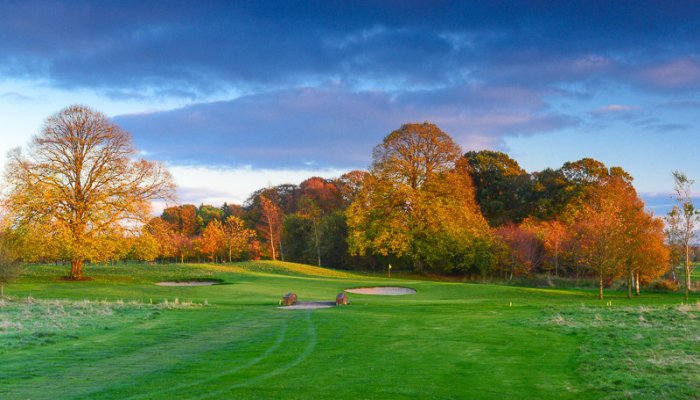 The Russell Stirling Joinery sponsored Winter Championship continued at Galgorm Castle Golf Club with Round 5. There were several very close and exciting finishes to the divisions even with the inclement weather which the golfers had to endure.

Phil Hanlon playing off a handicap of three opened briskly with two pars, a birdie and another par and held a narrow one point lead over Nicholas Kernohan (5), William Park (4) and James Logan (5) through The Niuc. Hanlon lost his advantage after a bogey at five and another at Broadmeadows and was joined by Kernohan (two bogeys) and Logan (two bogeys) a point behind new leader Park (par, bogey). Park continued to lead through The Treasury with a par with Kernohan, Logan and Hanlon also recording a par. Park bogeyed the penultimate hole (Sanctuary) and wasjoined by Kernohan with a par and Logan also with a par with Hanlon (bogey) a point behind. Park and Kernohan parred the Longlands to finish together one point ahead of Logan (bogey) and Hanlon (par). First place went to Kernohan with a better last three with Park second. Logan finished in third place with a better last six..

Through The Maple George Small playing off five held a slender one point advantage over Chris Cooke (6), Tony Douglass (4) and Mervyn Foster (5). David Currie (5) and Jordan Millar (1) were another point behind. Cooke birdied the Devils Elbow, parred Beechers and bogeyed the Grove to open up a two point advantage over Small (bogey, par, bogey). Douglass failed to register at the Devils Elbow but parred the next two holes and Foster (par and two bogeys) were another point behind followed by Currie (par and two bogeys) and Millar (bogey and two pars) a further point back. Cooke finished with a par and a bogey to win by three points from Douglass (bogey, par) in second place. A point behind the placings Currie (bogey, par), Foster (two bogeys), Small (double bogey, bogey) and Millar (two pars) finished together.

Approaching The Maple Michael Burton (9) was one point ahead of Des Cousley (9). Martin Abernethy (18) who opened with a 'ding' was another point behind. Burton after two pars and a bogey continued to lead over Beechers by a point from new challenger Abernethy (par, double bogey, bogey). Cousley (two bogeys and a par) was another point behind but very much in contention. Abernethy finished with a par up the Grove but ran into trouble over the closing two holes to complete his round with a triple bogey and another 'ding'. Burton also hit bogey trouble to finish double bogey, bogey, double bogey but joined Abernethy who with a better last six took first place. Cousley (two bogeys and a double bogey) finished a point outside the placings.