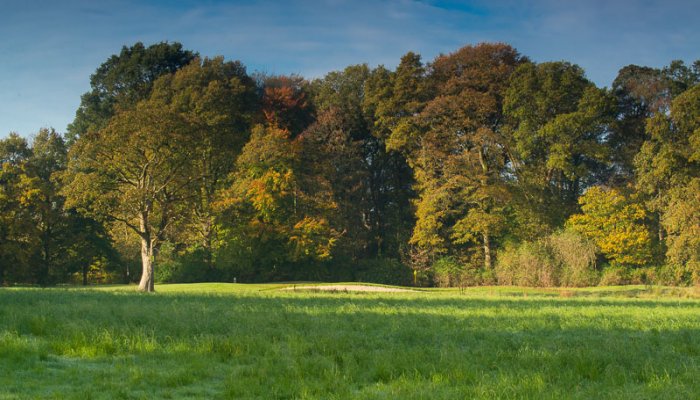 At halfway Aaron McAuley (11) and Brian Logan (10) were vying for the lead, one shot ahead of Gerard O'Hagan (10). Aidan O'Kane (10) was another shot behind with Adrian Adams (12) and Gavin McClements (14) a further five shots back. Approaching Beechers McAuley and Logan were joined by O'Kane a shot ahead of O'Hagan. Adams and McClements were a further four and eight shots respectively back. McAuley finished with a birdie and three pars to Win Overall with a Nett 64. Logan came in with three pars and a bogey at the Grove to finish Overall Runner-up with a Nett 68. O'Hagan with two pars and two bogeys completed his round with a Nett 69 to win Division 2, a shot ahead of Adams with a Nett 70 in second place. A further shot back came McClements (Nett 71) and O'Kane (Nett 71) and with a better back nine third place went to McClements.

In Division 1 at the turn Stephen McAuley (4) had a one shot advantage over Tony Carroll (9) with Sean McCormick (4) another shot behind. Five shots further back came Keith Clements (9). Through fourteen McAuley was still holdinga a one shot advantage over a new challenger in McCormick. Carroll and Clements were a further six shots behind. In a very close finish McCormick finished par, bogey, par, birdie for a Nett 69 to win from a trio of players who finished with a Nett 70 – McAuley (two bogeys and two pars), Carroll (par, birdie, bogey, par) and Clements (birdie, par, bogey, par). Second place went to Clements with a better back nine and third place went to McAuley with a better back nine.

Through Longlands in Division 3 Andrew McKillop (20) was leading by a shot but being hard pressed by James Logan (16). Patrick Reid (18) was another three shots behind followed by Jonathan Larmour (24) a further five shots back. Over Beechers Logan was leading by two shots from McKillop with Reid close up another shot behind. Larmour was another four shots adrift but still in contention. In a close finish Logan double bogeyed the Grove and finished par, bogey for a Nett 72. Larmour also came in with a Nett 72 after finishing with two bogeys and a double bogey. Victory went to Larmour with a better back nine. McKillop and Reid finished with a Nett 74 with third place going to Reid with a better back nine.

A White Stableford competition was also played and at halfway Ashley Doole (26) was leading by a point from Des Cousley (20) with Norman McKernan (27) another point behind. Brian Mitchell (25), Daniel McIlroy (24) and Brian Watt (23) were another four, five and six points respectively behind. Over Beechers Cousley was the new leader by two points from Doole with McKernan a further three points behind. McIlroy ('ding' at twelve) was another three points down and Mitchell ('dings' at ten and twelve) and Watt were a further two points away. Cousley continued to lead over the closing three holes and finished with three bogeys to Win by three points from Doole ('ding' and two bogeys) in second place. Third place went to McKernan (triple bogey, double bogey, bogey) another three points behind. Watt (two bogeys and a par), McIlroy ('ding', bogey, par) and Mitchell (htree bogeys) closed to within two points of the placings.

Congratulations to Ivan Alexander who holed his tee shot at the par 3 fourteenth.